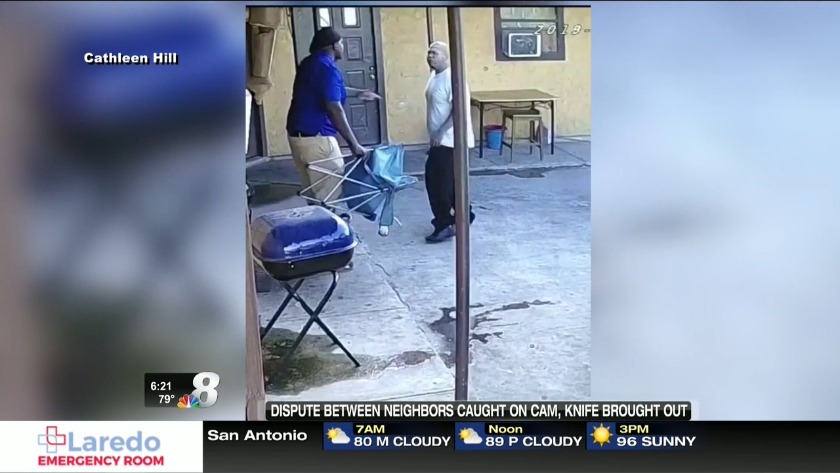 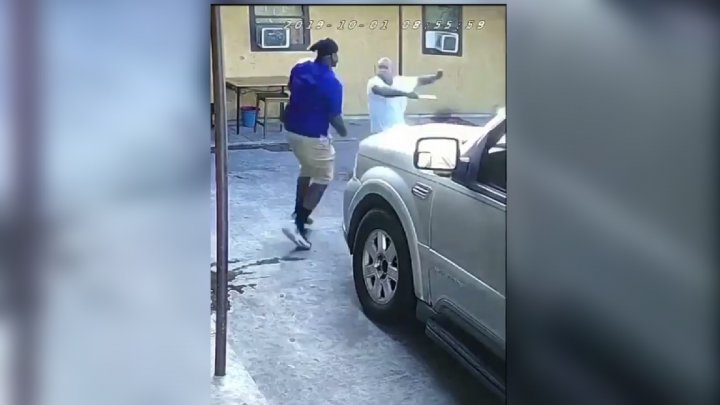 LAREDO, TX (KGNS) - Surveillance video of an apartment complex shows the terrifying moments a man is allegedly attacked by his own neighbor in broad daylight.

The incident happened on October 1st at the 1900 block of Madison Street at around 9 a.m.

A woman reached out to KGNS News saying that someone allegedly came up to her husband, punched him in the face and cut his finger.

Video then shows the victim trying to defend himself using a lawn chair and the suspect eventually flees the scene.

He was arrested and charged with aggravated assault with a deadly weapon.

Contreras was taken to the county jail under no bond.