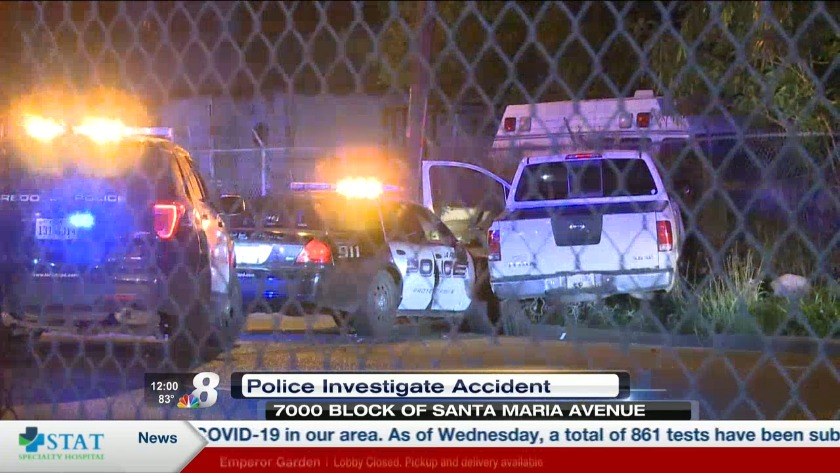 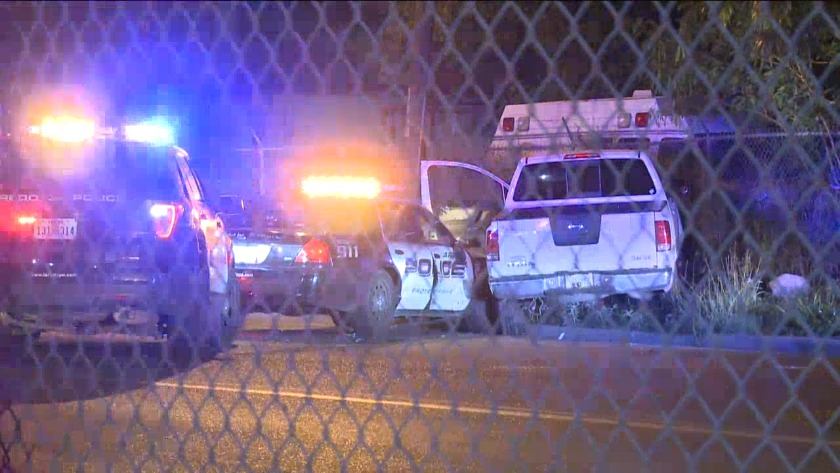 LAREDO, TX (KGNS) - UPDATE: Laredo Police have released the identities of those involved in the officer-involved shooting on Thursday, April 9th near the intersection of Santa Maria Avenue and Industrial Boulevard.

As stated previously, two officers discharged their weapons and wounded the driver after Laredo Police were led on a vehicle pursuit which ended at this location.

The driver in this case currently remains at SAMMC Hospital in San Antonio, Texas and is recovering. His identity is being withheld at this time pending medical release and pending formal charges.

As per department protocol, both officers will remain on administrative reassignment pending the outcome of both a criminal and internal investigation.

Below is the original text to this story:
At approximately 3 a.m. a Laredo Police Officer observed the driver of a white truck slumped over behind the steering wheel at the intersection of Salinas and Burnside.

As the officer attempted to initiate a traffic stop on the white truck, the driver began to evade from the officer. The pursuit took Laredo Police Officers throughout several parts of the city and were assisted by Texas DPS and US Border Patrol.

The chase concluded near the intersection of Santa Maria and Industrial Boulevard.

During the encounter, the driver charged his vehicle towards two officers who responded by discharging their weapons, wounding the subject.

The driver was taken to a local hospital and was listed in serious, but stable condition. He was airlifted to SAMMC hospital in San Antonio.

The driver is being identified as a 45-year-old man from Laredo.

There is an ongoing criminal and internal investigation into the incident. Both officers have been placed on administrative reassignment pending the outcome of the ongoing investigations.

Below is the original text to this story:
An early morning car chase escalates into an officer-involved incident.

The Laredo Police Department is investigating an active crime scene.

The incident was reported a little after 6 a.m. on Thursday morning near the 7000 block of Santa Maria Avenue and Industrial Boulevard.

Details are light at the moment but it appears a police unit allegedly crashed into a white pick up truck that had veered off to the side of the road.

Witnesses are saying they heard gunshots coming from the area.

Police have not released any details.

That intersection has remained closed off since then. Police are asking drivers to avoid the area.