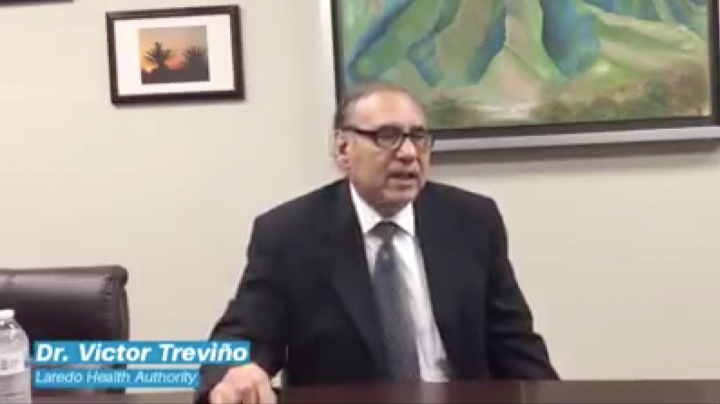 The City of Laredo took to social media Friday evening to clarify earlier statements made by the City of Laredo Health Department’s Health Authority, Dr. Victor Trevino, that a death was probably related to COVID-19.

During one of our earlier newscasts we had an opportunity to ask Dr. Trevino… about that.
Anchor: "Can you confirm that we have our first death related to COVID-19?"
Dr. Trevino: "It is probably due to this; it has to be really confirmed 100% but at this point we’re probably saying that it was to COVID-19.”

At 8:30PM Friday night Health Department Director, Dr. Hector Gonzalez and Dr. Trevino, appeared on social media to give an update to the Corona virus situation in Laredo emphasizing that as of today only 22 people had tested positive, and reminding people what to do.

Trevino also talked about and clarified his earlier statements made to us during our 5pm KGNS and Telemundo newscasts saying that since then they have revised their opinion, saying, “there was a program that I was in this morning where there was a question whether a person expired from corona virus that had to be confirmed and after further investigation and discussion from other health authorities, we determined that this wasn’t the case.”

In a statement released earlier it says in part, “There is no confirmed COVID-19 patient who has died under our care. We continue to work collaboratively with the City of Laredo Health Department and the CDC.”
To date there have been 190 tests given with 22 positives and 99 that remain pending.