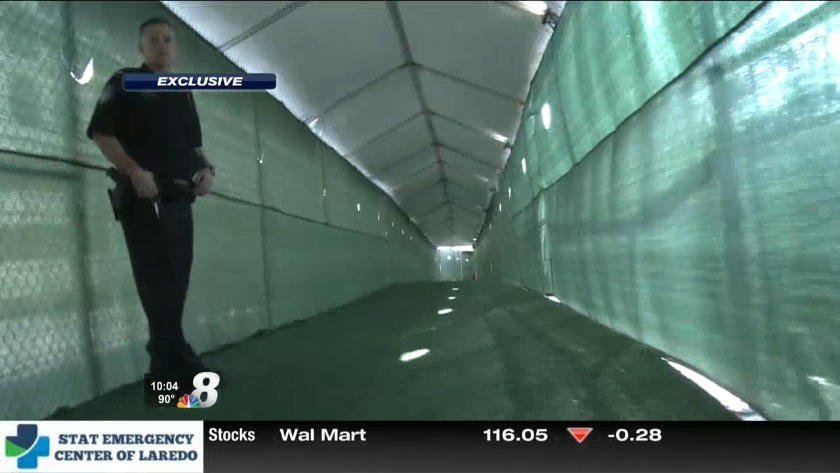 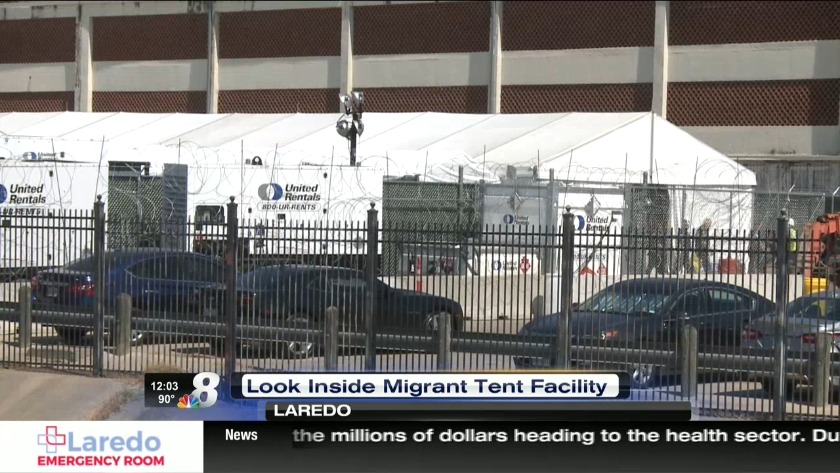 LAREDO, TX (KGNS) - A facility that has been a hot topic of conversation will finally open its doors on September 16th.

Migrants who already have a set court date and time are asked to show up four hours before their court hearing.

Customs and Border Protection officials say they expect people to start lining up as early as four in the morning.

Officials predict that all of them will be coming through bridge one and that's when the process begins.

When they arrive at the bridge one tent facility entrance, a CBP officer will be present to verify their identity before letting them in.

From there, the migrants will be escorted to the first room, which is for processing, from there they will be sent to a waiting room.

There are two rooms, one for adults and another for family units.
Next, they will be heading to the master courtrooms.

The facility includes four courtrooms that can seat at least 50 people at a time.

After this, they will go to their next location called the outbound staging are, which is where they will wait for further instruction and will be split up into two groups.

One group will be sent back to Mexico to wait their next court date; meanwhile, others claiming fear of returning to their country will be questioned.

When the migrants are sent back to Mexico, they will be given another court date hearing and will likely wait a few weeks or months before they come back for their second hearing.

That will be taken place in what's called the merit rooms, an intimate location where migrants are once again in front of a virtual immigration judge.

From their migrants are one step closer to the front steps of the American Dream.

The hearings will take place from eight in the morning and run until five in the afternoon.

Laredoans line up for laser tag

Laredoans line up for laser tag