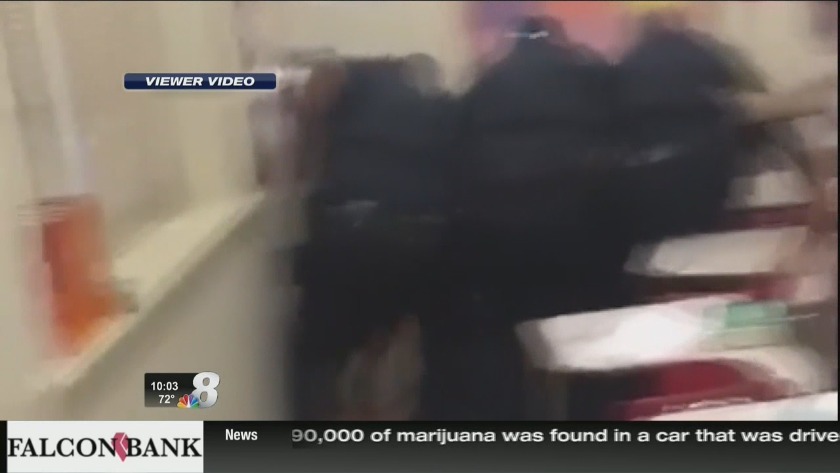 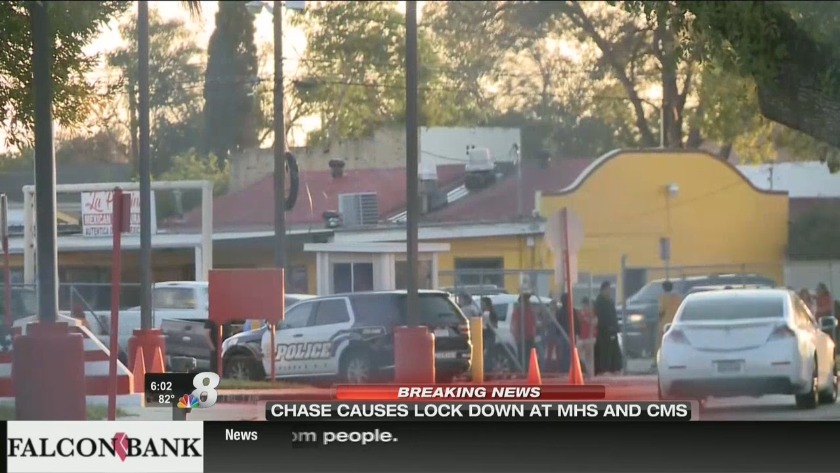 LAREDO, TX (KGNS) - The Laredo Police Department has released more details on the car chase that forced two schools to be placed on lockdown Tuesday afternoon.

Video from a student shows the tense moments that happened inside the classroom where Laredo ISD Police detained the suspect.

Authorities did confirm that the suspect is a 17-year-old former Martin High School student.

According to Laredo Police, they received a tip from Border Patrol regarding a minivan with bundles of marijuana inside.

Hours later they were able to find the vehicle parked at the old Civic Center which is right next to Martin High School.

Officers say that’s when the suspect entered the school.

According to investigator Joe Baeza, officials noticed that the person who was driving had already jumped the fence of the aquatics area of the school.

As a precautionary measure, the school placed the campus on lockdown; however, the person had already entered the premises.

The 17-year-old has been identified as Gabriel Jesus Avalos and he is now facing charges of possession of marijuana.

Authorities were able to find nearly 400 pounds of marijuana inside the vehicle Avalos was allegedly driving.

His arrest was a collaborative effort between LISD Police and the Laredo Police Department.

Two local schools were placed on lockdown Tuesday afternoon after a high-speed chase was reported in the area.

The Laredo Independent School District confirmed the chase had started between Border Patrol and someone who refused to stop.

According to the Laredo Police Department, a person ran into the Martin High School campus trying to evade officers shortly after 4 p.m.
DPS confirms they were helping in the case.

The lockdown on Martin and Christian Middle School was lifted by about 6 p.m.

The cause of the chase is still unclear at this time.

New train bridge to be announced at ceremony

New train bridge to be announced at ceremony