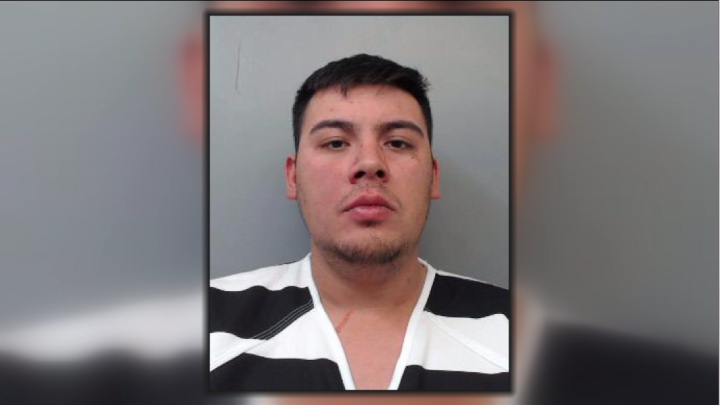 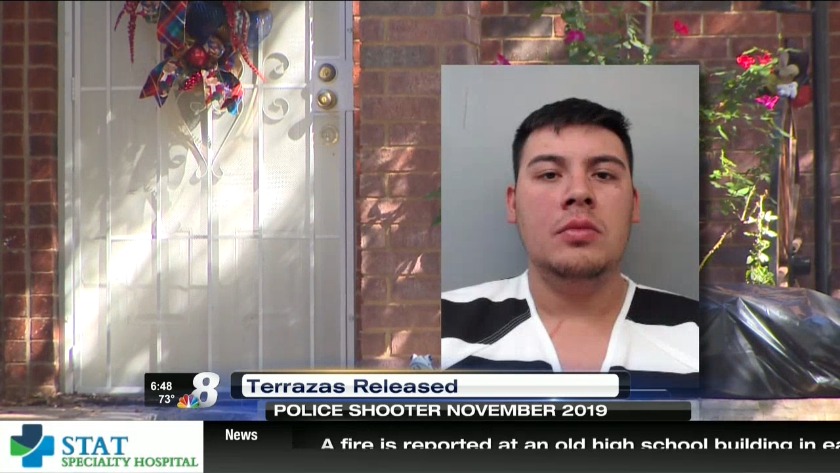 LAREDO, TX (KGNS) - The man accused of allegedly shooting at police back in November has reportedly been out on bond for almost two weeks.

Twenty-two year old Cesar Rene Terrazas has been charged with two counts of attempted capital murder in addition to other charges such as assault with a deadly weapon.

According to a post made online by the Police Officer's Association, because of the charges Terrazas is facing, they are disappointed that he's been released.

Terrazas had previously been behind bars since his arrest on November 26th, however he was reportedly released on his $275,000 bond since January 31st.

Back in November authorities say Terrazas allegedly broke into a home and shot inside the house, injuring two people.

According to reports, Terrazas responded with gunfire, injuring an officer in the leg. Police recovered an AR-15 style rifle and over 70 casings from the scene.

On Sunday, the Laredo Police Officer Association has responded on social media about his release. They say in part:

"We are disappointed that a suspect charged with not just one but two counts of attempted capital murder, one count of burglary of habitation with intent to commit other felony and three counts of aggravated assault of a date, family, household member with a weapon would be given such a low bond.

"If this suspect is willing to take a high powered rifle and directly and intentionally shoot at several officers, what will he do now that he has been released back into the community?"

According to an article published by the Laredo Morning Times on Saturday, Terrazas has been ordered to have no contact with the victim or go within 200 yards of the victim's home.

KGNS has reached out to police on Terrazas's release and they say they are working to hold a press conference Tuesday afternoon to discuss Terrazas’s release.