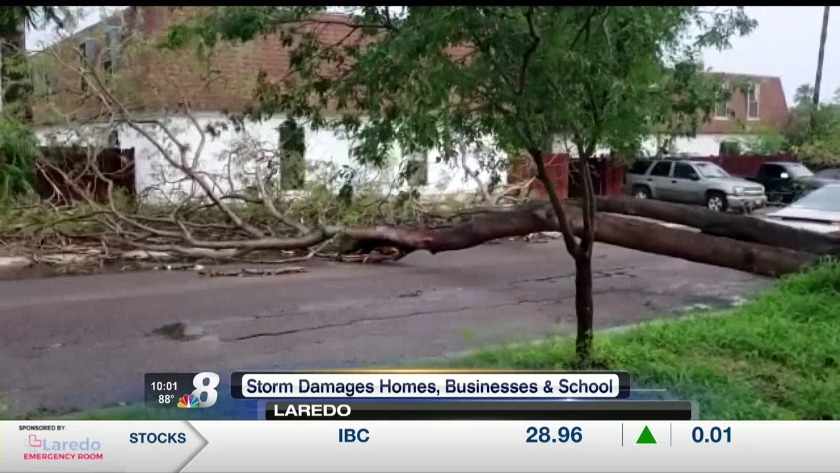 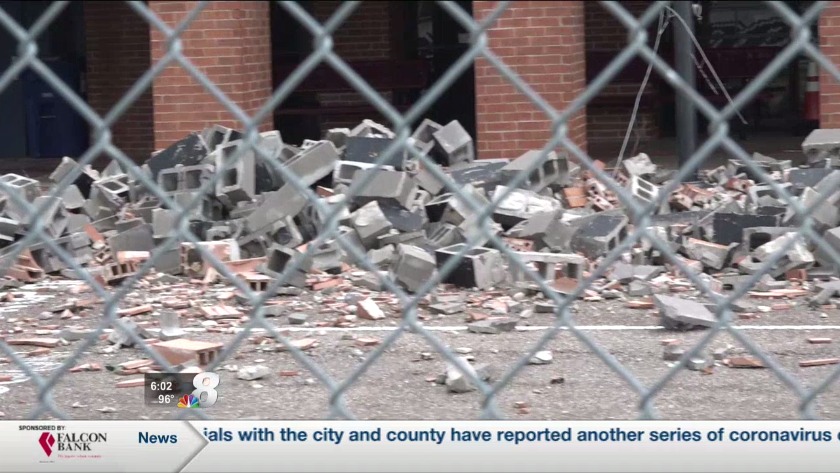 LAREDO, TX (KGNS) - People spent the daylight hours surveying the path of destruction left behind by the storm.

People woke up in south and west Laredo shocked to see the aftermath of Thursday morning's storm.

Winds taking down trees, landing them on streets and even on vehicles.

Businesses, homes, and even a school were in the path of destruction.

Personal items flown far away from their owners, so many got up to look for them. Just like Veronica Arias who noticed her trampoline was missing.

"I heard the thunder and I saw on Facebook that a lot people had trampolines everywhere. Some were on Loop 20 and somebody sent me a picture about it, too. I looked out my window to see if ours was there and it wasn't. So we came out to look for it."

"My sister was the one who found it because I told her to go around the block, and that's where see saw it there. Here, at the creek."

While others saw flooding and destruction to their homes, many were not aware of just how much damage was left behind.

"No, I didn't think it was that bad, but once I saw this and I saw the damage on Zapata Highway, too. That's when I saw everything was messed up."

For the storm that hit United iISD's Perez Elementary, the district says they are evaluating just what happened.

"At this time, we've already contacted our insurance adjusters," said Ofelia Dominguez. "They should be able coming later on today to be assessing the damages."

Despite it's force, officials are reporting that luckily no injuries came out of the storm.

The district says that the school has been closed until further notice. Meanwhile, several parts of the viewing area are also recovering.

Rio Bravo had more than 50 trees uprooted by strong winds, and 60 homes taking on some kind of water damage.