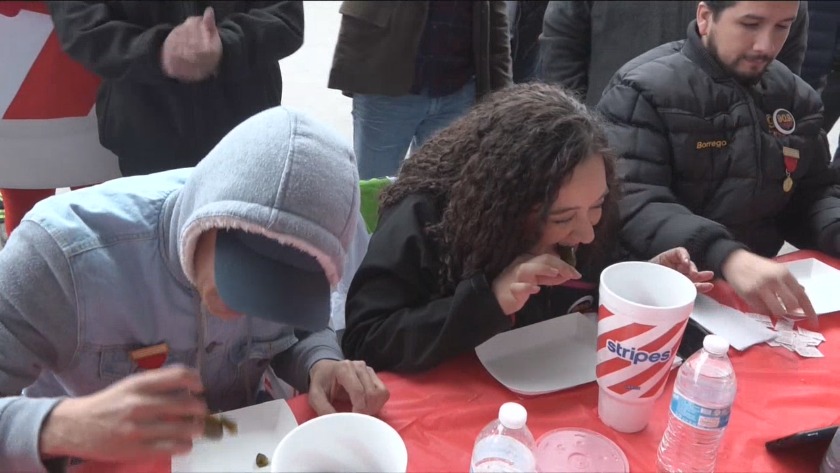 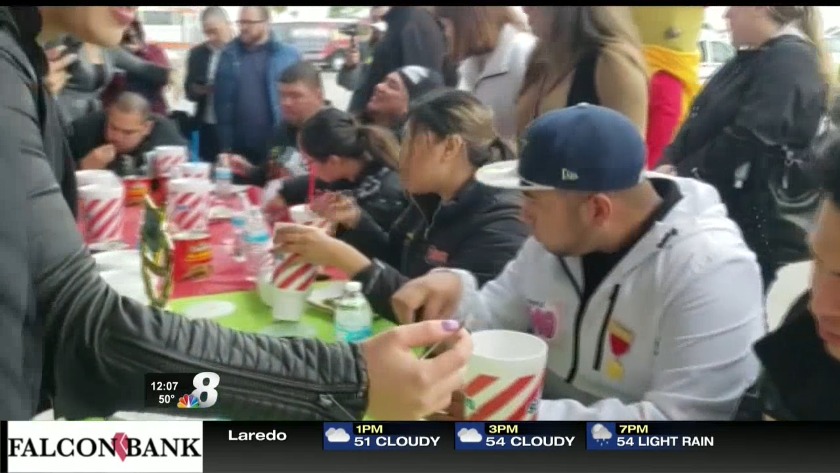 This is the second year in a row he's won the event. Last year he set a record by eating 108.

"Oh yeah, in the big event... I'll be there hopefully, representing Guerra Communications, our radio, Z-93."

Jocy Zamora from Z-93 came in second with 21 jalapeños and Jorge Vela from the Laredo Morning Times was just behind with 20.