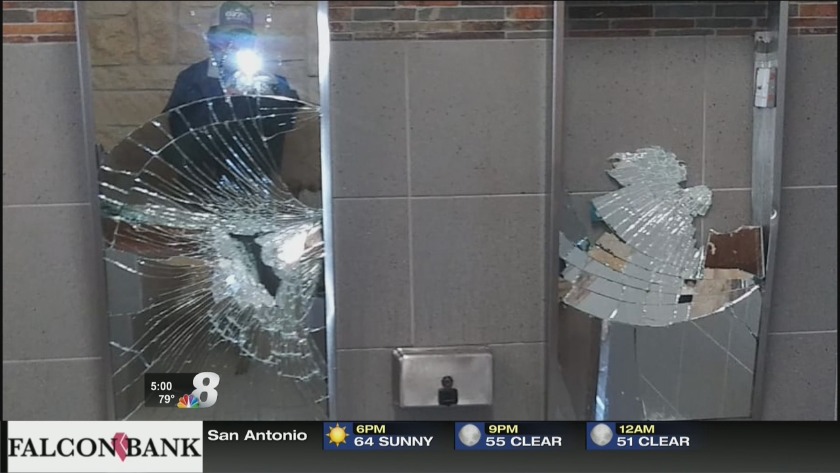 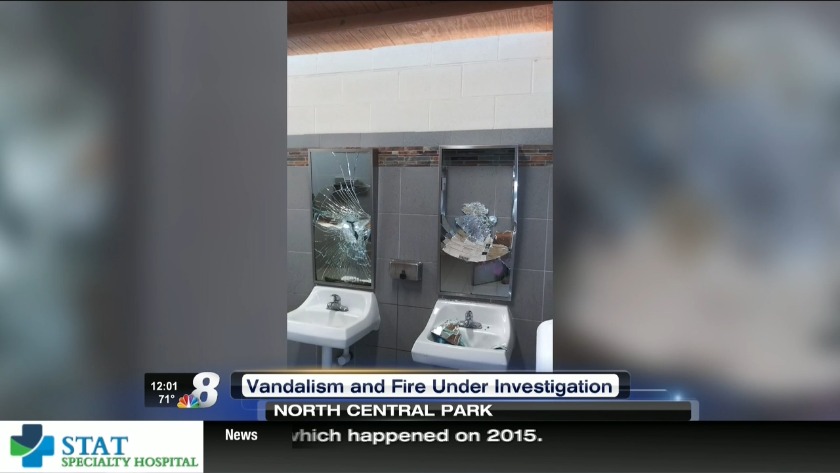 LAREDO, TX (KGNS) - We told you about a fire that happened Monday afternoon close to North Central Park.

Tuesday morning, crews found a new section of the park with evidence of a fire.

According to park officials, they discovered the traces and are investigating whether it was intentional or remnants of the fire from Monday that may have been re-ignited.

Park crews also found acts of vandalism with a lot of damages in other sections of the park. Broken trees, broken bathroom mirrors, a sign on the ground, and trash bins turned upside down.

The City is now asking for help from those who live around the park.

"Hopefully, we can get some assistance from the community," said Eddie Millan, from Laredo Parks and Leisure Department. "If you happen to have a camera at your house that might be pointing towards this area, we will appreciate it if you can share any footage or so or give us a call or give police a call and help us in this matter."

According to the Laredo Fire Department, they are looking at a security camera that was pointing to the direction of Monday's fire. Fire officials say the terrain is dry, so anything could have started the fire but they are still investigating.

City officials remind the public to be vigilant and report any crimes to the police at 795-2800.

Anyone who is caught vandalizing city property could face a hefty fine or even jail time.