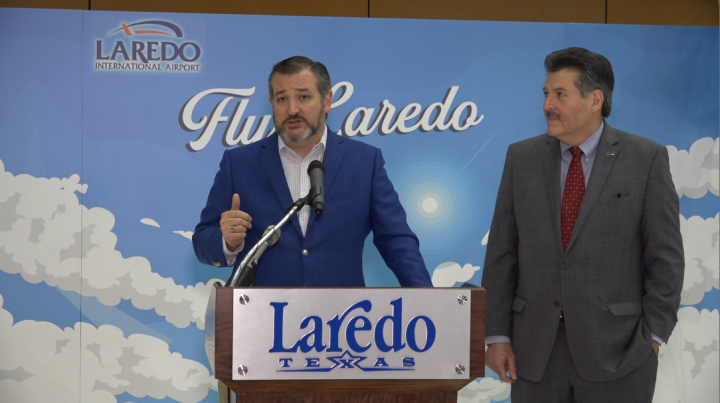 A visit from Ted Cruz 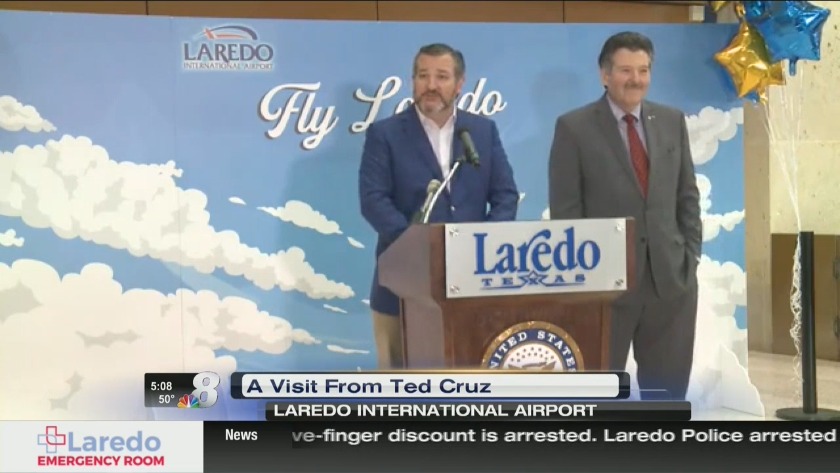 LAREDO, TX (KGNS) - U.S. Senator Ted Cruz touched down in Laredo on Thursday to meet with Border Patrol as well as local community and business leaders to go over a number of key topics affecting our border.

The City of Laredo was Senator Ted Cruz's first stop of the day as he visits border communities.

He first had a tour with U.S. Customs and Border Protection Laredo Sector.

He tells us his meeting with Border Patrol was over a number of things including border security, how to reduce illegal immigration, and of course the issues they face.

"We're seeing significant improvements across the south western border in terms of reducing illegal immigration, reducing the flow illegally across the border," said Senator Cruz. "Some of that is coming from the construction of physical barrier which is slowing down illegal trafficking, some of that is coming from enhanced cooperation with the government in Mexico."

The senator's second stop of the day was the Laredo International Airport. There he met with several entities to discuss the opportunities and challenges that come with the United States-Mexico-Canada Agreement.

The message that Cruz said he heard from the community and business leaders is the excitement they have over the growing economy in south Texas.

After Cruz's meetings in Laredo he took off to Del Rio to take part in a roundtable discussion.

Present at the roundtable discussion included Mayor Pete Saenz, Judge Tano Tijerina, the Laredo Chamber of Commerce, members of the trade industry, and the presidents from TAMIU and Laredo College.