Laredo Believe it or not we are just one week away from the games kicking off and after three weeks of hitting up practices. We finish off our tour of the Laredo area by heading to Alexander where the Bulldogs are eyeing big things in 2019.

It's an early morning with the sun just rising over the horizon on another football season for the Bulldogs, coming off a 2nd place finish in the district. The guys at Alexander feel a renewed sense of confidence, especially with a full off season under head coach Sergio Salinas making a difference.

"I feel like we're all more committed into it, because when he first came in it was a different coach, just different, but now we feel comfortable with him and we're all comfortable with our team right now. A lot of our players have bought in more to the program than last year and I'm excited for that." (Pedro Garcia, Offensive Lineman)

"Everybody is a lot more mentally tough, we don't shut down as easily and we all just keep pushing no matter what." (Luis Mario Alvarado, Defensive End)

For Salinas he has tried to build off that mentality with the mantra be tough guys, but it might mean something different than you'd expect.

"Don't take the easy way out and do what everyone else is doing. Live your life with toughness, that's making decisions in every aspect of your life, whether it's on the football field, in the classroom, at home. It's tough to make those good decisions, especially when not everyone is doing it and that's what we want our guys to be able to do." (Sergio Salinas, Head Coach)

These Bulldogs bring back a lot of talent on the field, including on offense with an experienced line to go with all district running back Camilo Pedraza but questions remain at the quarterback spot where their coach says both incumbent Junior Rodriguez and newcomer Jay Santos will get some run.

"Jay's been having a great fall and so has Junior. He's been going to different positions which is exciting for us because he's an athlete you can put anywhere, so I'm excited to see both of them out there." (Salinas)

Defensively only five starters return but it's a mix of guys that have embraced the leadership role as seniors.

"We have a lot of great guys coming back that played last year and it's kind of good that we can become leaders and teach our younger guys our ways and our program." (Steven Maszatics, Cornerback)

"We have to instill the defense into the younger guys, show them how to do things correctly obviously and just take that leadership role over them and show them the right way." (Alvarado)

All that talent on both sides of the ball have the Bulldogs aiming high when it comes to their goals for the fall.

"We're looking to go undefeated and get that district title because we lost that, we were a game short last year." (Jose ‘Junior’ Rodriguez, QB/WR)

"Our goal is to go undefeated and break the 3rd round barrier." (Maszatics)

"Undefeated, honestly it's tradition here and we're always looking to break that 3rd round barrier. Work hard day in and day out, come with the mentality of we're going to beat the opponent no matter the color they are wearing across the line." (Alvarado)

LBJ makes a huge statement with 2nd half play vs. United South

After beating their rivals, United alone atop the District 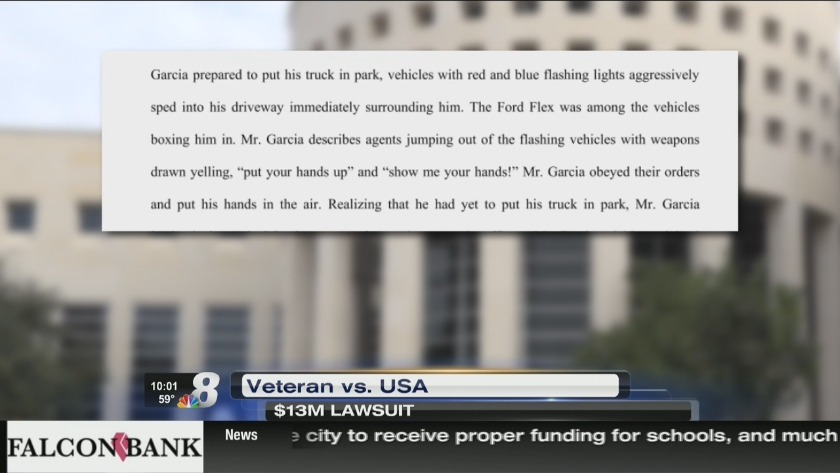 LBJ makes a huge statement with 2nd half play vs. United South

After beating their rivals, United alone atop the District